Relational databases often store the value NULL in their tables. If you’re not familiar with NULL and what it is, you could run into unexpected problems. In this article, we’ll take a look at how the IN and EXISTS operators work with NULL.

In SQL, NULL is a special value indicating that a particular piece of data doesn’t exist in the database. For SQL beginners, it’s often a source of problems. Each column in a table requires values of a specific data type. But when a given field doesn’t store any data, it is initialized with the value NULL by default.

The concept of NULL in the relational model was introduced by Edgar Frank Codd. This involves a three-value logic model that consists of TRUE, FALSE, and UNKNOWN.
These logical values are returned by logical operations.

First, let’s familiarize ourselves with the data we’ll be using. We’ll be working with two of the most popular Halloween-themed cities: Salem and Anoka.

Our friends in these cities have organized Halloween parties. They’ve created tables for each city that list the attendees and the costumes they’ll be wearing. John decided to attend the event in Salem; Sara wants to go to Anoka. Unfortunately, the two forgot to specify their costumes when signing up!

Take a look at the two data tables below. As you’ll notice, since we don’t know what costumes John and Sara will be wearing, their corresponding halloween_costume values are set to NULL for the time being.

The table salem_city contains information specific to the party in Salem. Everyone but John has specified a costume. Since John didn’t write what he’ll be wearing, his halloween_costume value is set to NULL.

Likewise, the table anoka_city contains information specific to the party in Anoka. Again, since we don’t know Sara plans to wear, her halloween_costume value is set to NULL.

When working with this data, we’ll focus on using the IN operator in a subquery. First, let’s remind ourselves what a subquery is. Simply put, it’s an SQL query that contains another SQL query. If multiple independent subqueries are nested, they may run separately. Otherwise, if one subquery depends on any others to perform its tasks, it will behave as a correlated subquery.

Recall that both tables store the value NULL in the halloween_costume column. Let’s first write an SQL query that retrieves the name and costume of any friend from Salem whose costume is also being worn by someone attending the Anoka party.

The inner query simply returns a list of costume names from the anoka_city table. For now, keep in mind that this list will contain the value NULL because Sara didn’t say what she’ll be wearing.

Next, the outer query returns the names of attendees and their corresponding costume names from the Salem party whose costumes match any of the ones listed in the anoka_city table.

In the salem_city table, recall that John didn’t list a costume. Perhaps he was in a hurry and forgot about this requirement. Thus, his halloween_costume value is NULL.

So, we have two attendees from different parties whose costumes are both unknown. However, one NULL is not the same as another! Thus, the above query does not return John’s name and his halloween_costume value of NULL. John’s NULL is different from Sara’s NULL.

Here is the resulting set after we run the query:

Notice that the query only returned the row for Mary from the salem_city table, as her costume is also worn by Olivier at the Anoka party.

By just looking at the tables, you’ll notice there are three such attendees: Eva, Tom, and John. Again, because John’s NULL is not the same as Sara’s, he should technically be included in the resulting set. Here’s the query that corresponds to our logic:

After we run this query, the resulting set is, to our surprise, completely empty! We expected three records. What went wrong?

The problem is with the NULL record in the anoka_city table. To fix the error, omit the record with NULL in the halloween_costume column from the subquery.

Now, the result set contains two records. Eva is dressed as a witch, and Tom is rocking his pirate swag. As expected, these halloween costumes don’t appear in the anoka_city table.

This is a slight improvement over our original approach, of course. However, we now don’t see John because we excluded the value NULL from our subquery. There’s got to be a better way—and there is!

Take a look at the modified query:

This allows us to achieve our desired result. Take a look at the updated result set:

In this case, all expected records were returned, including John’s!

Of course, if you’re curious to see what John and Sara are really wearing for Halloween, you must attend both parties!

Databases often store the value NULL in addition to values of specified data types. NULL can create many problems and lead to unexpected results. To avoid these, make sure you account for NULL values when writing your queries!

To learn more about NULL, take a look at our other articles:

Dorota is an IT engineer and works as a Data Science Writer for Vertabelo. She has experience as a Java programmer, webmaster, teacher, lecturer, IT specialist, and coordinator of IT systems. In her free time, she loves working in the garden, taking photos of nature, especially macro photos of insects, and visiting beautiful locations in Poland. 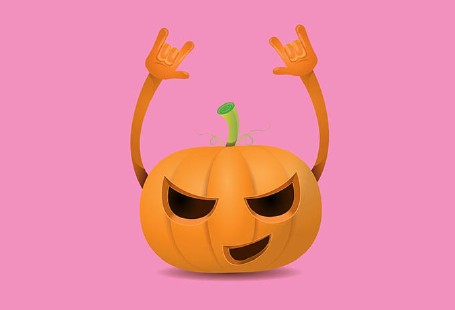 Halloween Contest: Win a Course Bundle of Your Choice!