Have you ever liked a TV show so much that simply watching it wasn’t enough anymore? Read on to discover how I used R to analyze South Park dialog and ratings!

South Park is an American TV show for adults that’s well known for being very satirical—the series has made fun of nearly every celebrity and isn’t afraid to be provocative.

I literally watch the show every day. I also do lots of data analysis in R every day! Naturally, I wondered why I haven’t analyzed South Park yet… What’s the overall sentiment of the show? How does the popularity of its episodes evolve over time? Who’s the naughtiest character? Or are naughty episodes more popular?

I’ll answer some of these questions in this article. In future articles, I’ll apply some other data science methodologies to analyze South Park characters.

I had to find a resource with all the text for South Park dialog in a reasonable format. It took just a bit of Googling to find a gold mine: the South Park archives, a wiki page with community-maintained scripts for all episodes. Awesome!

The archive has a list of seasons and their episodes. Each episode page has a nice table with two columns—the first denoting the character’s name, and the second containing the actual line the character said. This is a perfect start.

There was one more thing I wanted to know about each episode: their popularity! I’m sure you’re familiar with IMDB (the Internet Movie Database); it contains the ratings of all movies and TV shows known to man.

But how do I put all this data together? Well, I wrote an R package called southparkr that anyone can use to analyze this data. That package downloads all the information described above and makes it conveniently available, allowing you to simply focus on analyzing the data.

The second step was to determine what exactly I wanted to analyze. And for this article, I decided on doing two things:

We’ll get to these in a minute. We should first have a look at some summary statistics for the data we’ve acquired. The table below has some basic South Park stats:

You can see that the show has been running for a solid 21 seasons. All the characters combined have said nearly 1 million words! Of course, that’s if we count all words. If we exclude stop words (prepositions, articles, etc.), we end up with about 300,000 words.

The episodes have sustained an average rating of roughly 8.1, which is great! (I always consider anything above an 8 worth watching.) You can also see the best and worst episodes in that table above, in case you’re interested in checking those out.

Let’s get sentimental… and dirty!

We’ll tackle the first analysis now. Sentiment analysis involves analyzing and scoring text based on context, patterns, or other characteristics within the text. These scores are positive and negative and can be expressed with numbers or words.

We’ll be using the AFINN dictionary, which scores words from -5 to 5 (where -5 is a very negative word, 0 is neutral, and +5 is very positive). For example, we’d rank bastard (and more vulgar words) as -5 and thrilled as +5.

All of this has been prepared for you behind the curtains. You’ll now see a few lines of code in R that produce a sentiment score for all episodes:

Our code created an interactive plot! Each bar represents an episode. You can hover over the bars to see some information: the episode name, episode number, and sentiment score.

It’s just a few lines of code, but the result looks great! That wasn’t too difficult—with the Tidyverse suite of packages, coding in R is almost like writing an English sentence.

You can see that most episodes have a downward-pointing bar, below zero. That’s mostly because South Park characters aren’t afraid to use dirty words. And they do it quite a lot!

You’ll also notice a blue line in the plot; this denotes a trend in sentiment over time. There was a large increase in the score in earlier episodes that peaked roughly around episode 80 and then started to drop. In other words, the language used by South Park changes over time.

Episodes, how popular are you?

Pretty cool, huh? We can do something very similar with episode popularity. I’ll show you a different kind of plot here. Because the ratings can’t fall below zero, it’s better to use points instead of bars.

Each point represents an episode. If you hover over one of these points, you can see the episode name along with its rating. Can you find the best and the worst episodes we talked about earlier? Give it a try!

I’ve also included a trend line; this helps us determine how the popularity changes over time. Do you see any pattern here? Take a look at the trend line after the vertical red line. Up to that point, the popularity increased. After that, it consistently fell.

The funny thing is that the creators themselves made a joke that a TV show shouldn’t go past 100 episodes. For South Park, popularity began to decline after its 97th episode, Cancelled. It looks like the creators were right even about their own show! Numbers don’t lie.

In this article, you learned that sentiment analysis scores words using a subjective dictionary or scale. You also saw how to use such information to get an overall feel of a show like South Park based on character dialog. We put all this awesome data together to make an interactive plot with just a few lines of R code.

In my next article in this series, I’ll focus on the main South Park characters; you’ll learn how their individual sentiments evolve as we take a look at some interesting stats. Stay tuned to see how they differ from each other!

And remember: once you have an idea, nothing is impossible. Answering data questions with R is easy. Be curious, and do what you like! R is a very valuable data science skill nowadays, and you can start learning the basics at Vertabelo Academy. I personally recommend learning to use the Tidyverse. I use it in every analysis and can’t really imagine a woRld without it!

If you already know R and want to explore the data I showed here on your own, check out my GitHub repository. The page comes with instructions to help you get started.

Good luck, and have fun!

Patrik is a freelance data scientist from Liberec, Czech Republic. He’s doing his PhD at the Technical University of Liberec, where he also teaches software engineering courses. He is highly passionate about the R programming language and data in general. He never leaves home without his Rubik’s cube and loves hitchhiking, athletics, mountains, kangaroos, and beer.

How to Start a Job in IT with Vertabelo Academy

R Jobs and Salaries—All You Need to Know! 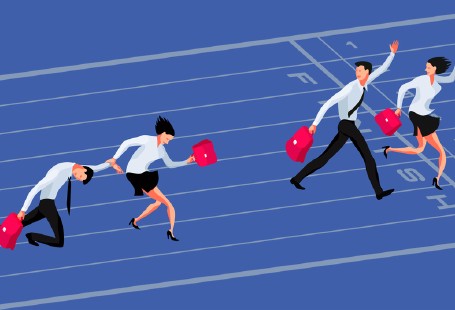 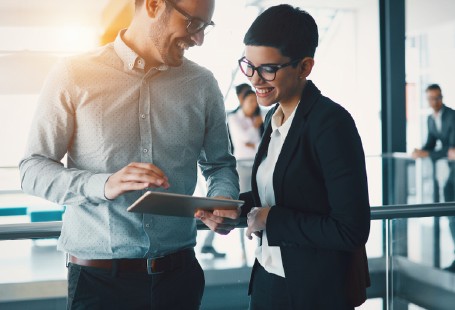