Alright. Let's get down to work. In this part, we're finally going to learn about window frames.

Window frames define precisely which rows should be taken into account when computing the results and are always relative to the current row. In this way, we can create new kinds of queries. 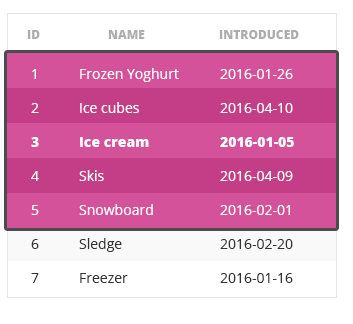 The are two kinds of window frames: those with the keyword ROWS and those with RANGE instead. The general syntax is as follows:

Of course, other elements might be added above (for instance, a PARTITION BY clause), which is why we put dots (...) in the brackets. For now, we'll focus on the meaning of ROWS and RANGE. We'll talk about PARTITION BY later in the course.

Let's take a look at the example:

In the above query, we sum the column total_price. For each row, we add the current row AND all the previously introduced rows (UNBOUNDED PRECEDING) to the sum. As a result, the sum will increase with each new order.

Press Run and check code to run the template.