Good job! You may be wondering how the equality operator (=) differs from ST_Equals when comparing geometries. For instance, why didn't we write the query below instead of the original? 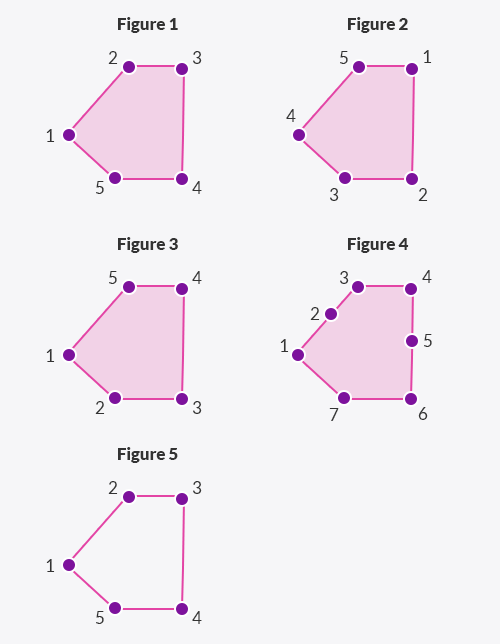 Prior to PostGIS 2.4, the equality operator would treat all five figures above as equal, so the linestring would be equal to the polygons.

In most cases, the kind of equality defined by ST_Equals is the one you want. If you use the equality operator, make sure it really gives the behavior you expected.