As you can see, we used COUNT(CustomerID) to count all the customers in a given cohort. Then we used COUNT(CASE WHEN ...) to include only customers that placed an order no later than 30 days ago.

Modify the template so that it shows the following columns: Month, AllCustomers, ChurnedCustomers, and ChurnedPercentage.

Previously, we only saw churned customer counts with no reference to total customer counts. Now we can clearly see the relation between these figures. What do you think about the churn values? Are they high?

Move the DATEDIFF() part from the WHERE clause into a COUNT(CASE WHEN ...) clause. 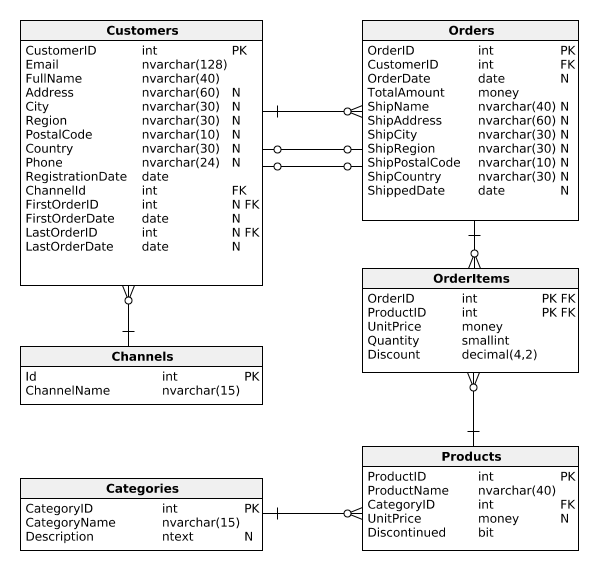